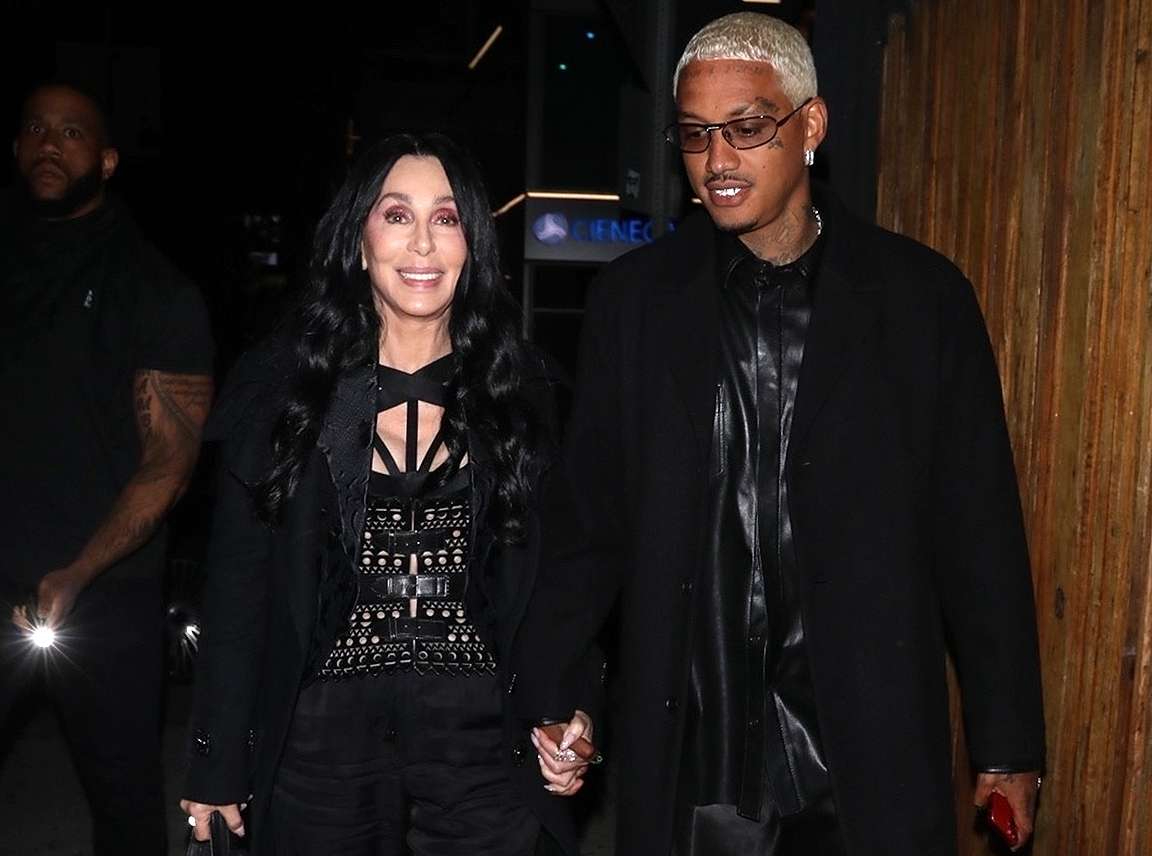 Cher sparked romance rumors as she held hands with Amber Rose’s ex, Alexander Edwards – who is 40 years her junior.

The music icon, 76, rocked up at celeb eatery Craig’s in West Hollywood with the music producer on Wednesday (November 2).

The couple were accompanied by Kylie Jenner’s ex Tyga, who was papped with Cher at Rick Owen’s show at Paris Fashion Week last month.

Amber accused the music producer of having affairs with 12 different people in August 21 on her Instagram Stories.

Her baby daddy later admitted he cheated on the ex-stripper on social media.

Cher, meanwhile, is twice divorced and has son, Chaz Bono, 53, with her late ex-husband Sonny Bono who died in 1998.

The star stole the show as she strutted down the Balmain catwalk during Paris Fashion Week in September.

Fans were open-mouthed when the songstress sashayed down the runway at Olivier Rousteing’s spring 2023 show.

Wearing a futuristic catsuit, the septuagenarian stunned the audience as she made her debut in style in front of guests including Kylie Jenner, Brooklyn Beckham and Nicola Peltz.

Cher walked down the runway to her hit ‘Strong Enough’ and was joined by Balmain’s creative director Olivier – much to the delight of the crowd.

Taking to Twitter after her appearance, the star said: “JUST HAD BEST TIME, ON STAGE…FELT GREAT.

In a press release, Olivier gushed: “Cher has been a daring pioneer, a true trailblazer, for over six decades, never slowing down, always pulling us along with her, as she courageously marches forward.

“Style icon doesn’t come close to describing her achievement of defining more than a half-century’s worth of fashion’s trends.

“And, in this challenging age that compels us to fight for long-overdue changes, her impressive, long-term commitment to dedicated activism is an example to all.”

Posing for the paparazzi, the star looked sensational as she showed why she’s still one of the most beautiful women in the world.