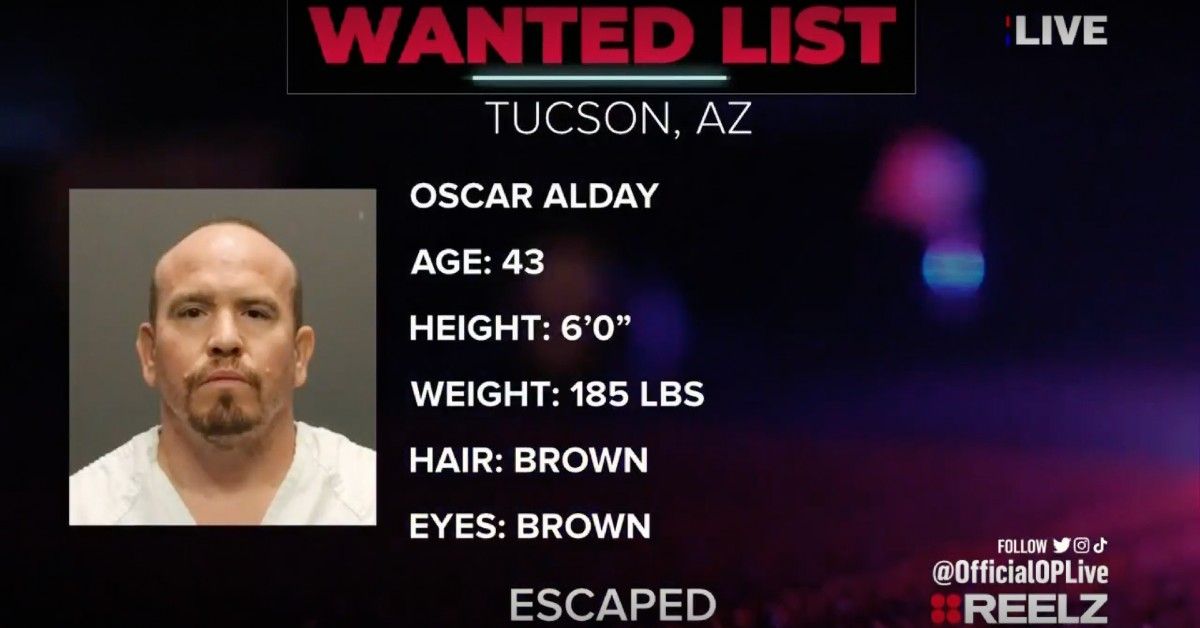 A fugitive in Arizona is wanted by police after managing to escape a county prison before last being seen running down a road in nothing but his underwear.

Alday had been arrested only one day before on October 19th on three separates charges: including one charge of aggravated assault, one charge of domestic violence and one charge of unlawful imprisonment.

But surprisingly, just hours after being booked into the county jail on the three charges, the 43-year-old managed to escape by sneakily walking out with a group of inmates being released from custody that day.

According to REELZ’s On Patrol: Live’s Sean “Sticks” Larkin, and in a video since exclusively obtained, Alday then removed his orange jumpsuit.

He was last seen on a bystander’s cellphone video running down an Arizona street in nothing but his white boxer briefs underwear.

In the amusing – albeit concerning – footage, Alday appears to be chasing after a moving pickup truck in which the person filming the footage is sitting.

He is seen waving the pickup truck down before the vehicle speeds away and the video footage ends.

On Patrol: Live has described Alday as a 43-year-old Latino male with brown eyes and brown facial hair. He is reportedly 6’0” in height, and weights approximately 185 lbs.