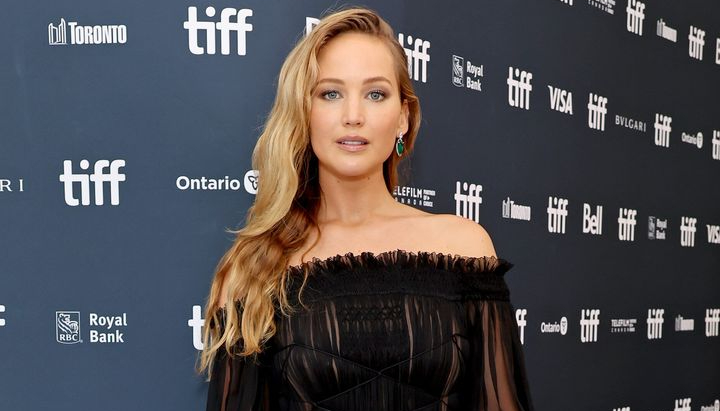 Jennifer Lawrence has revealed that she found out that she had a phobia of commitment before her 2019 wedding to Cooke Maroney.

The 32-year-old two-time Oscar winner said that she is ‘so happy’ that was able to shake off commitment anxiety as she now enjoys a happy life with her now 38-year-old art gallerist husband in a new interview with the New York Times.

At the time she was filming her soon-to-be released feature Causeway in 2019 when she began to realize that she could relate to her character’s anxiety over commitment.

Jennifer explained: ‘When you don’t fully know yourself, you have no idea where to put yourself.

‘And then I met my husband, and he was like, “Put yourself here.” I was like, “That feels right, but what if it’s not?”‘

She went on to admit that she was not ‘conscious of’ the relationship fear she was carrying but is ultimately happy that she stuck it out.

Jennifer said: ‘Then I went back, and when I’m home with my husband making this family, I’m so happy I stayed.

‘I’m so happy I didn’t freak out and cancel the wedding and run away and go, ‘I’ll never be taken down!’

Lawrence was first linked to Cooke, an art gallery director, after they were introduced by mutual friends in 2018, and by February 2019, the blonde beauty was spotted wearing an engagement ring.

The A-lister and Cooke tied the knot in 2019 at the Belcourt of Newport in Rhode Island with the likes of Adele and Cameron Diaz in attendance.

Their wedding had 150 guests, including Kris Jenner and her boyfriend Corey Gamble, Amy Schumer, Emma Stone and Ashley Olsen.

Jennifer Lawrence welcomed her first child with husband Cooke Maroney in February 2022, but it doesn’t seem all that long ago that the couple first got together.

‘Well, he’s just the best person I’ve ever met in my whole life. It was a very, very easy decision,’ she told Entertainment Tonight after accepting his proposal.

‘He really is, and he gets better,’ the actress went on.

Lawrence and Cooke tied the knot in 2019 at the Belcourt of Newport in Rhode Island with the likes of Adele and Cameron Diaz in attendance.