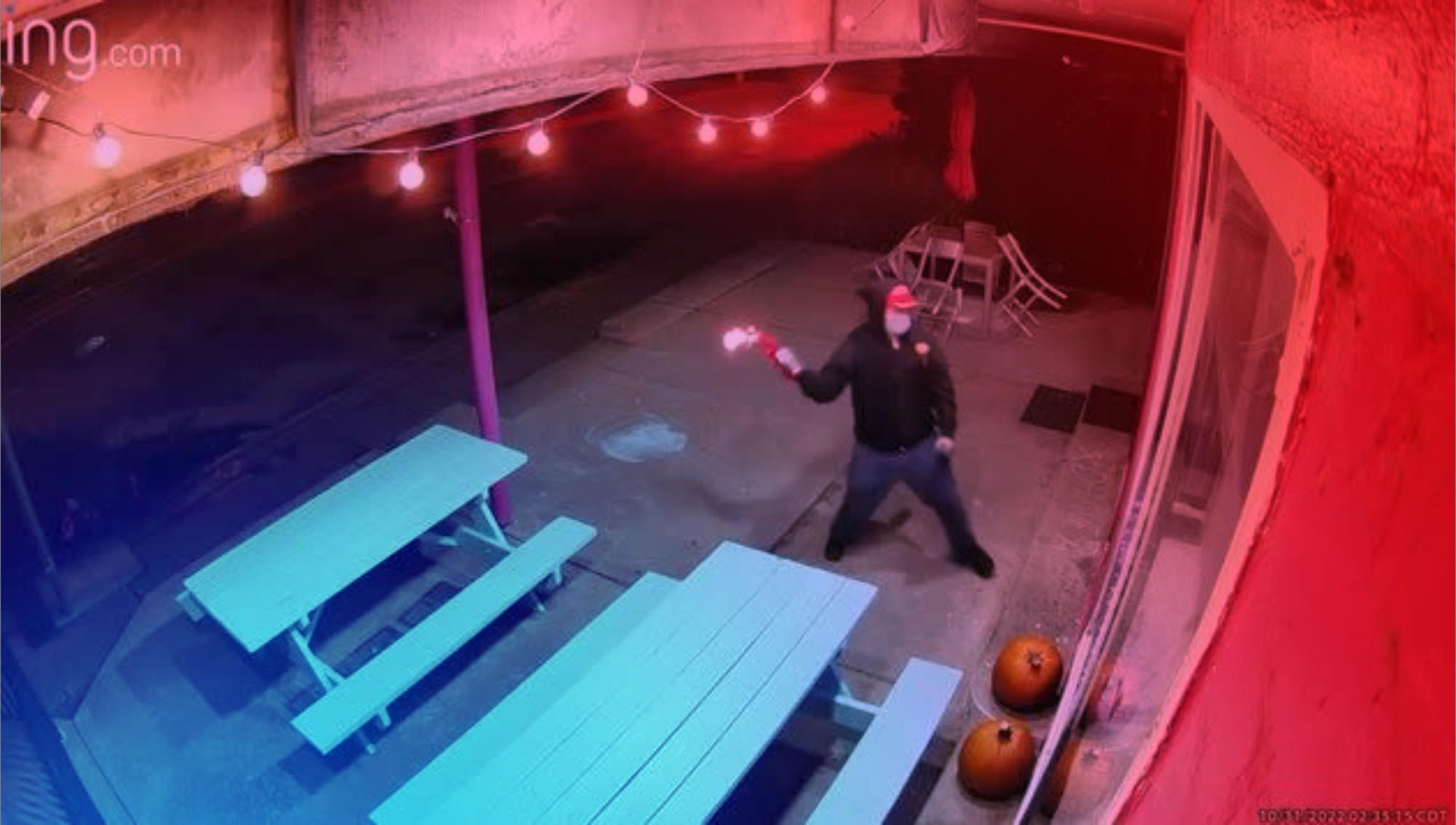 Surveillance footage shows someone throwing a Molotov cocktail at a donut shop in Oklahoma that recently hosted an art installation by people wearing drag.

The business’ glass door and window were previously shattered in October, days after the event, the local CBS-affiliate News on 6 reported.

The store, The Donut Hole, is located in the Brookside neighborhood of Tulsa, Oklahoma.

Surveillance footage the store posted on Facebook shows a person with a red hat, black hoodie, and dark blue pants walk in front of the building, smash the glass door in, and throw a lit Molotov cocktail inside.

They also tacked anti-LGBTQ rhetoric and Bible verses on the front of a business next door, according to Tulsa World, citing a spokesman from the Tulsa Fire Department. The incident — which resulted in minor damages, as the cocktail didn’t have a significant effect — took place at around 2:30 a.m. on Monday, News on 6 reported.

“We don’t have words at this point,” the donut shop wrote on its Facebook page on Monday.

The page later posted a statement about the incident, saying the damage was not severe and that they felt lucky that neither their shop nor the neighboring businesses were harmed. The art event was a one-time show called “The Queens Dirty Dozens” that featured donut sculptures, according to the post.

“Our hearts are broken that someone could even be this hateful to our friends who attended the show to do something like this,” the post says.

Numerous establishments that hosted drag events have been the target of disruptions and attacks this year by individuals and far-right organizations, including the Proud Boys.

In late October, large groups of protesters and counterprotesters threw smoke grenades at each other outside a Drag Queen Story Hour event in Oregon. Other drag programs in multiple states were canceled after receiving threats.

The Twitter account Libs of TikTok has tweeted numerous times targeting drag events and made false claims about their danger to children. A drag performer who was in a video the account shared previously told Insider that they received an onslaught of hateful messages after that post.

A GoFundMe fundraiser was set up to support the donut shop after it was first targeted in the middle of October.

People have continued to donate after the second act of violence, and the fund has now raised more than $23,000, significantly higher than its goal of $2,500. Any money raised beyond the goal will be donated to the LGBTQ organization Oklahomans for Equality’s Dennis R. Neill Equality Center, according to Tulsa World.

“Sarah is a small business owner and this type of disruption can be hard for a small business to recover,” the fundraiser’s description states, referring to Sarah Swain, the shop’s owner. “She’s going to need community help to rally behind her to get her shop back open.”