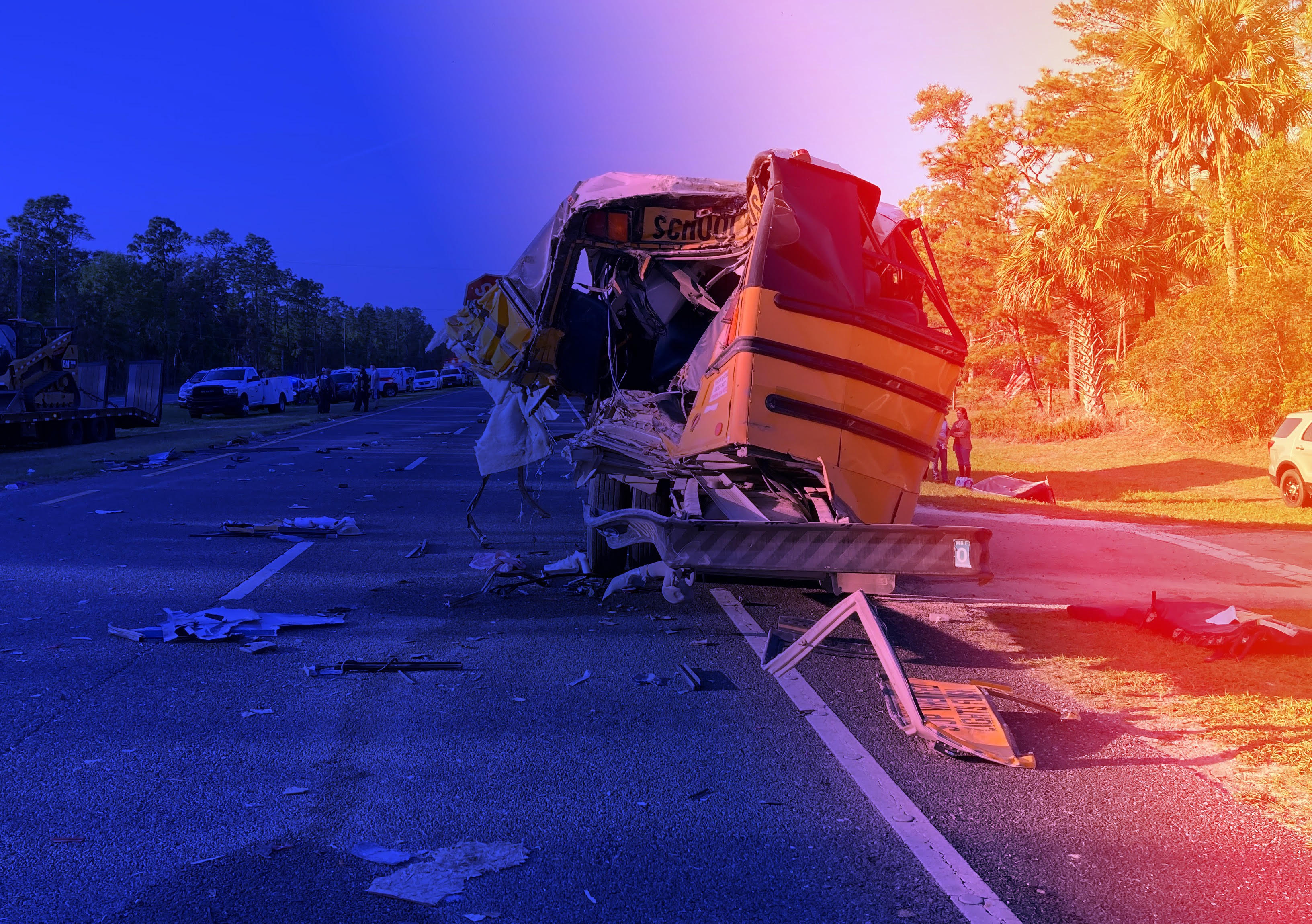 Parkland RCMP say multiple injuries were reported in a collision between a school bus and a semi-truck Friday morning.

The collision happened at about 8:15 a.m. at the intersection of Diamond Avenue and Golden Spike Road in Spruce Grove.

There were three children on the bus at the time of the collision, police said. They were between the ages of eight and 13, according to police.

Parkland RCMP said Friday all three children and the drivers of the bus and semi were taken to hospital. Const. Sarah Williams said she spoke with investigators at the scene who said none of the injuries were considered life-threatening.

However, in an email to Global News later Friday morning, Alberta Health Services said two school-aged boys were in critical, life-threatening condition when taken to hospital.

“I know everybody thinks immediately of their own children and is thankful that they weren’t the ones on the bus,” said Williams. “This definitely is something tough on the community when they hear that children are in that predicament.”

The damage to the school bus appeared to be focused on the right side of the vehicle.

The semi-truck ended up on its side, spilling the load of lumber it was carrying.

The intersection remained blocked off by police tape after 10 a.m.

Kelly Carbery works nearby and heard the crash happen. She said she heard a loud bang and went running out to the scene with first aid supplies and blankets.

“First responders arrived super, super quick so once they arrived I removed myself from the scene to stay out of the way.”

Carbery said as a mother herself, she was terrified to see children were involved in the collision.

“It’s scary,” she said, adding the incident also made her angry, “because this intersection is a nightmare. We see at least one to two accidents a month here.”

Carbery said she has written letters to the city, voicing her concern about the safety of the intersection. She would like to see lights or a traffic circle installed there.

“I hate to say it, but maybe it’ll take something like this for the city to do something about this intersection,” she said. “As soon as we hear that bang, we all look out the window to this intersection because it occurs a lot here.

Global News has reached out to the City of Spruce Grove for a comment about the safety of the intersection.

“I myself have been to a collision there,” Const. Williams said. “It is a high-traffic area. It’s one of our main thoroughfares, and high-traffic areas — particularly at this time of the day — are going to result in more collisions. We are aware that it is an issue.”

Williams couldn’t say if road conditions were a factor in the collision, but said it will be part of the investigation.

“We are going to be working on figuring out what exactly it was that happened,” Williams said.

It’s not known what school the bus was headed to.

Drivers are asked to avoid the intersection for the next several hours while police investigate.