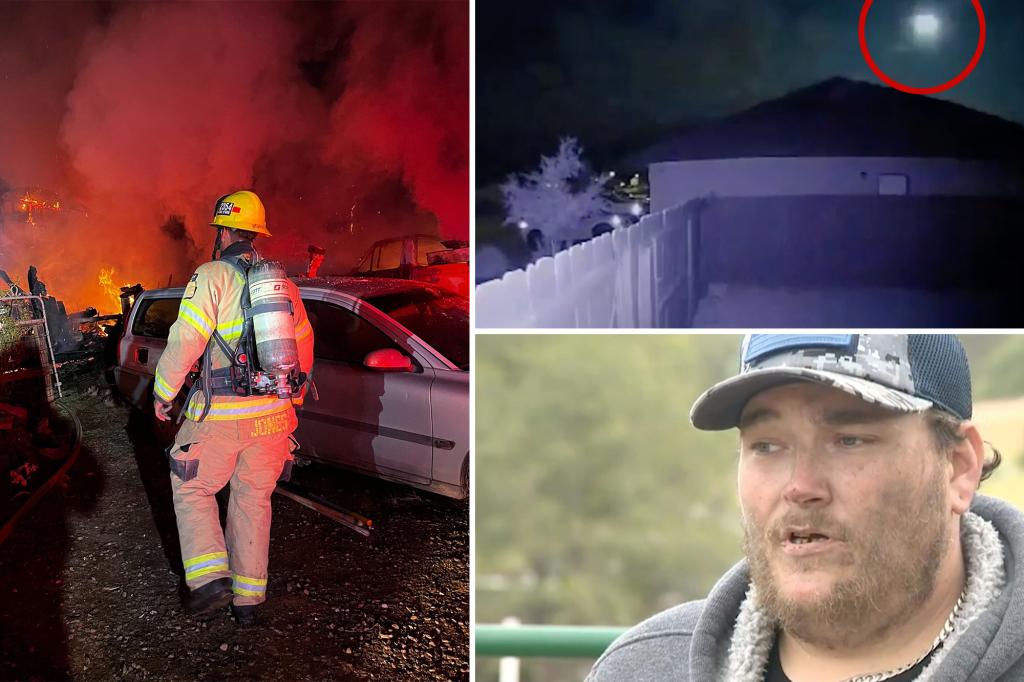 A northern California man has claimed that his home was destroyed by a meteorite on Friday, after several witnesses reportedly saw a ball of light descending from the sky.

“I heard a big bang. I started to smell smoke and I went on to my porch and it was completely engulfed in flames,” local rancher Dustin Procita, whose home was destroyed, told the local television news station KCRA.

“They said it was a meteor,” Procita, of Nevada county, California, added. “I did not see what it was, but from everybody I talked to – [it] was a flaming ball falling from the sky, landed in that general area.”

Procita said he had been shown a video of a fireball coming out of the sky around the time his house was destroyed. He said it looked “like a flaming basketball”.

“Definitely feel very lucky that it was 30 feet away from me and not five,” he added.

The Penn Valley fire department said it was working with the state agency Cal Fire to investigate what started the blaze at Procita’s house, which is nestled in a rural area that is home to ranchers and cattle farmers.

“Meteorite, asteroid – one of those two,” the department’s captain, Josh Miller, also told KCRA. “I had one individual tell me about it first and like, OK, I’ll put that in the back of my mind. But then more people – two, three or four more – started coming in and talking about it.”

According to the US space agency Nasa, the southern Taurids meteor shower is peaking this week. The cosmic display, which occurs each year from September to November, is created when Earth passes through a broad stream or “swarm” of pebble-sized fragments from the Comet Encke that then burn up in the atmosphere.

Procita said that his home being struck by what are sometimes called “Halloween’s Fireballs” made him think that the odds of fortune may be in their favor. “I guess I might be buying a lottery ticket today,” he said.

Indeed, experts say the odds of being struck by a meteorite are astronomically slim, though it’s happened before.

In fact, in 1954, a meteorite fell from the sky and struck Ann Hodges on her hip while she was in her home in Alabama. She suffered a grapefruit-shaped bruise but was otherwise physically fine, according to the website spacecentre.co.uk.

An astronomer said Hodges had greater chances of being hit simultaneously by a tornado, a lightning bolt and a hurricane.