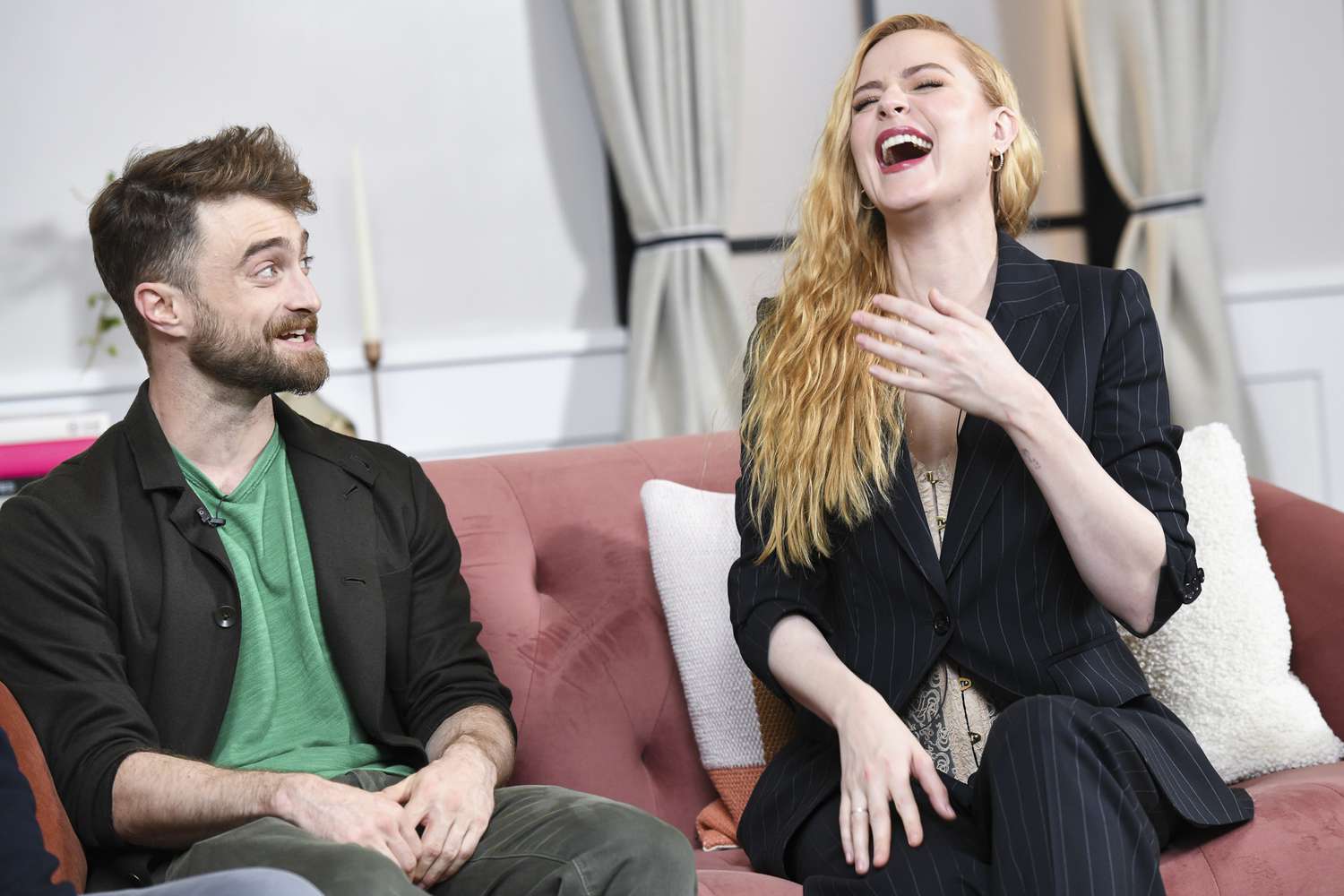 Evan Rachel Wood is sharing the hilarious reason she didn’t let her son visit her on the set of Weird: The Al Yankovic Story.

Appearing on Late Night with Seth Meyers, the actress, 35, shared that her 9-year-old son was excited to learn she was working with Harry Potter alum Daniel Radcliffe on the film.

“We watched all the Harry Potter films together and I told him I was working with Daniel Radcliffe and he said, ‘oh, can I come to set?’ ” she told Meyers.

Wood cringed and laughed before telling her son no, because, “I didn’t know how to tell my son that part of my job was to just violently make out with him throughout the entire film.”

“I’m like, ‘You can’t come watch mom make out with Harry Potter, no,’ ” she joked, though she said her son did ultimately get to meet him.

“He could barely get out a word when he met Daniel,” noting that the actor “handled it so well.”

“I think my child got out maybe three words. I said, ‘Daniel, thank you so much. Sorry they only said three things. And he said, ‘No that’s impressive. Three words is very impressive. Most kids just hide, I don’t see them,’ ” she recalled.

Wood then remembered the moment she introduced her kid to Josh Gad after she did Frozen 2, who voiced Olaf in the beloved film series.

“He didn’t believe he was Olaf and then he’s like, ‘alright, close your eyes.’ And then he whispered, ‘I’m Olaf and I like warm hugs.'”

Imitating her son melting at the moment, she admitted she won “major mom points.”

Previously speaking with PEOPLE about co-parenting her son with ex Jamie Bell, Wood noted how “any separation, whether it’s amicable or not, is always difficult.”

“But we’re always doing our best, and the most important thing is our son always comes first,” she added.

“Whatever issues the parents have, you’ve just got to get over that and put it to the side,” she said. “Another reason why kids are a gift: They get you out of your stuff and you let go of the things that don’t serve you or them much faster.”

Adding, “At the end of the day, he’s our priority and what matters.”

WATCH THE INTERVIEW BELOW: