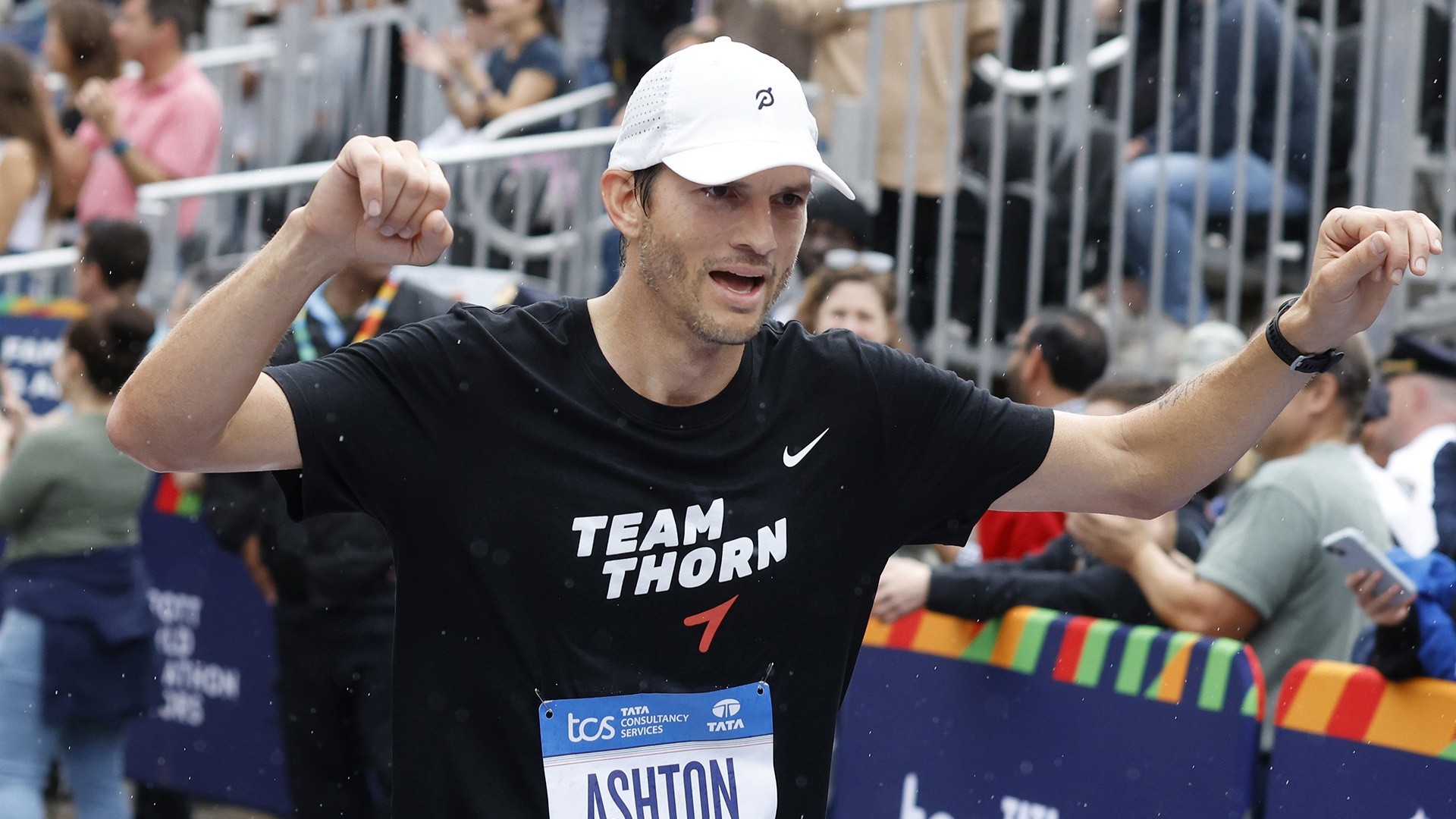 The That 70s Show star finished the marathon with an impressive time of 3:54:01 and over $1 million in donations

Ashton Kutcher has revealed the grueling toll participating in the 2022 New York Marathon had on his body, particularly his nipples.

The 44-year-old actor along with 50,000 runners took part in the physical feat over the weekend, with Kutcher raising funds for Thorn, the charity he founded with his ex-wife Demi Moore to protect children from sexual abuse and child sex trafficking.

Discussing his gruelling training regime days before the marathon, Kutcher admitted on Today that the training process had chaffed his nipples so badly, he felt as though “they were falling off”.

The Dude, Where’s My Car actor, who lost 12 pounds training for the marathon, shared: “It’s brutal on the body.

“Like, I got injured halfway through and now I feel like I recovered from the injury, but I’ve had a lot of help.

“I may have started a little bit too early. I think I started, like, six months ago. My nipples were falling off. I’ll be honest about it.”

Kutcher also confessed he found training for hours on the treadmill and outdoor paths not very interesting. So to keep himself interested he launched a chat show for Peloton where he interviewed his famous friends including Natalie Portman, Kim Kardashian and Kenny Chesney.

He recalled of coming up with the concept: “It was so much training, I’m spending so much time running that I’m getting bored of running and sick of just running and you can only listen to the same podcasts or the same playlist so many times.”

Impressively the That 70s Show star finished the marathon with an impressive time of 3:54:01 and over $1 million in donations.

In August, Kutcher detailed his gruelling marathon training regime and how it had caused his nipples to bleed on Jimmy Kimmel Live.

In preparation for the feat, he undertook a 17-mile marathon run and his “nipples were on fire”.

Kutcher said: “I went for like a training run last weekend, I did like 17 miles. My nipples started to bleed, David.

“I’m like ‘what is happening right now’, this is like, my legs were fine but my nipples were on fire.”