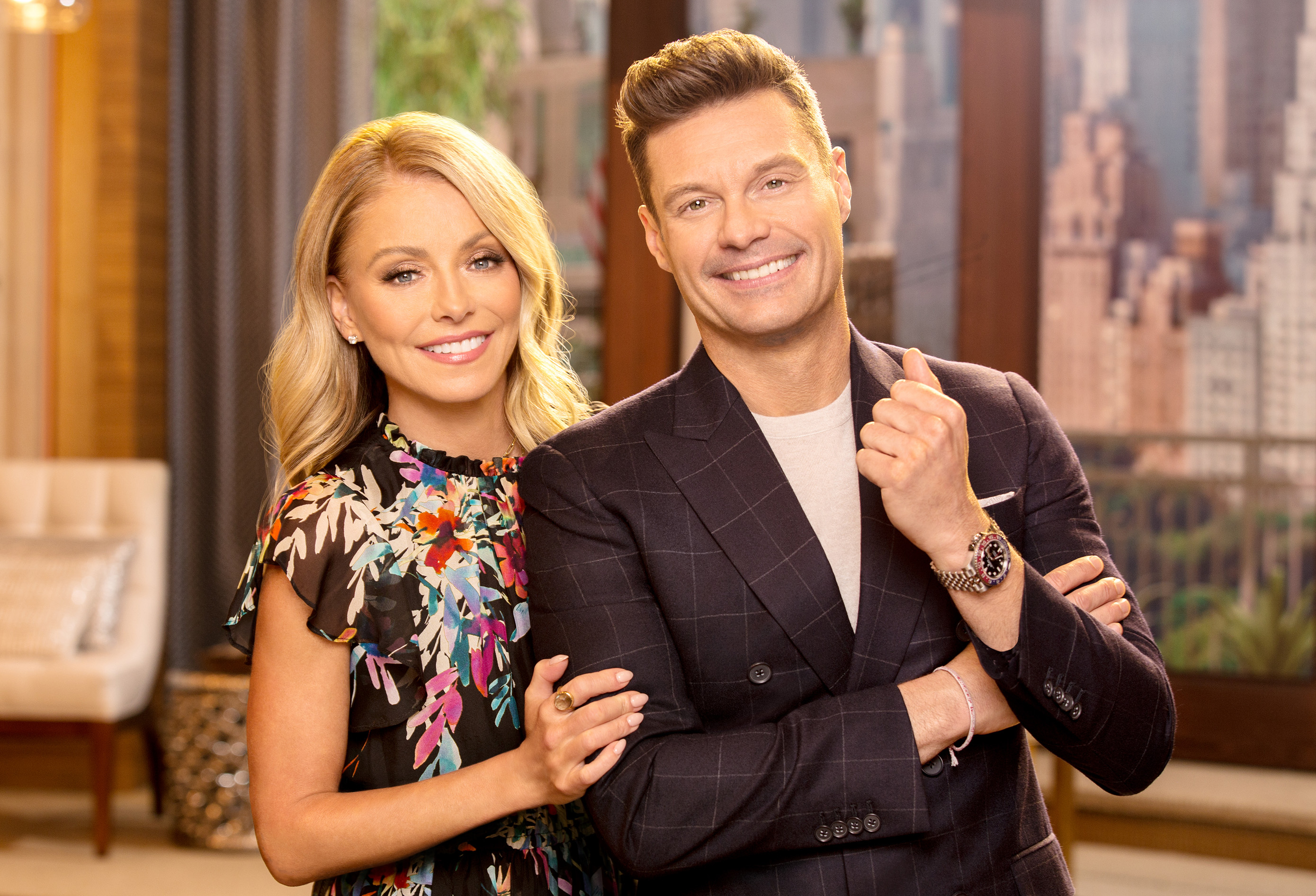 Ryan Seacrest tried to shut down his co-host Kelly Ripa after she asked an intimate question about his girlfriend Aubrey Paige.

During Monday’s broadcast of Live With Kelly And Ryan, the 47-year-old explained that he stayed at his parents’ house at the weekend.

Ryan said he and Aubrey, 24, debated staying at a hotel – but ultimately decided to stay with his parents.

Kelly grew quiet, before turning in her chair to face Ryan, raising her hand and saying: “Question.”

Sensing her mischievous tone, Ryan looked hesitant and warned; “My mother may be listening.”

Kelly went on: “This is why I’m going to ask it in a way…

“If you travel with a companion, does you travelling companion also stay in the bedroom?”

Ryan winced, before responding: “These days, yes. But we had to work my mom up to that.

“That was not in the way in the early years, in my twenties and thirties.”

Ryan then had his mom Constance dial into the show live.

Kelly said to her: “When my adult children come home with their significant others, where should they sleep?”

Constance said firmly: “Well, in separate rooms for sure.”

Ryan laughed and joked awkwardly: “Clearly someone made a mistake over the weekend and I apologize. Hopefully, I get invited back.”

Ryan and Aubrey started dating in 2021 and they tend to keep their relationship private.

Aubrey is a model, and often posts about her work on Instagram.

Prior to her career, she obtained an associate’s degree in fashion marketing from Austin Community College, according to Heavy.

She also posts about her relationship, writing on New Year’s Eve that the best part of 2021 was “meeting the most incredible man,” alongside photos of her and Ryan.

It is not clear where the two met, but they were first seen together on Memorial Day 2021 while in the Hamptons.

Aubrey comes from a big family, with five siblings and has Kelly Ripa’s seal of approval.

“Kelly said, ‘We’re all happy you’re here and that you exist because we weren’t sure there was somebody,'” he told the outlet.

Kelly replied: “We were starting to be like, ‘Maybe he doesn’t have a special person and maybe we should check in on him more often?’ “

She then joked that she “will go into seclusion” if they ever break up as she is “so fond of her.”