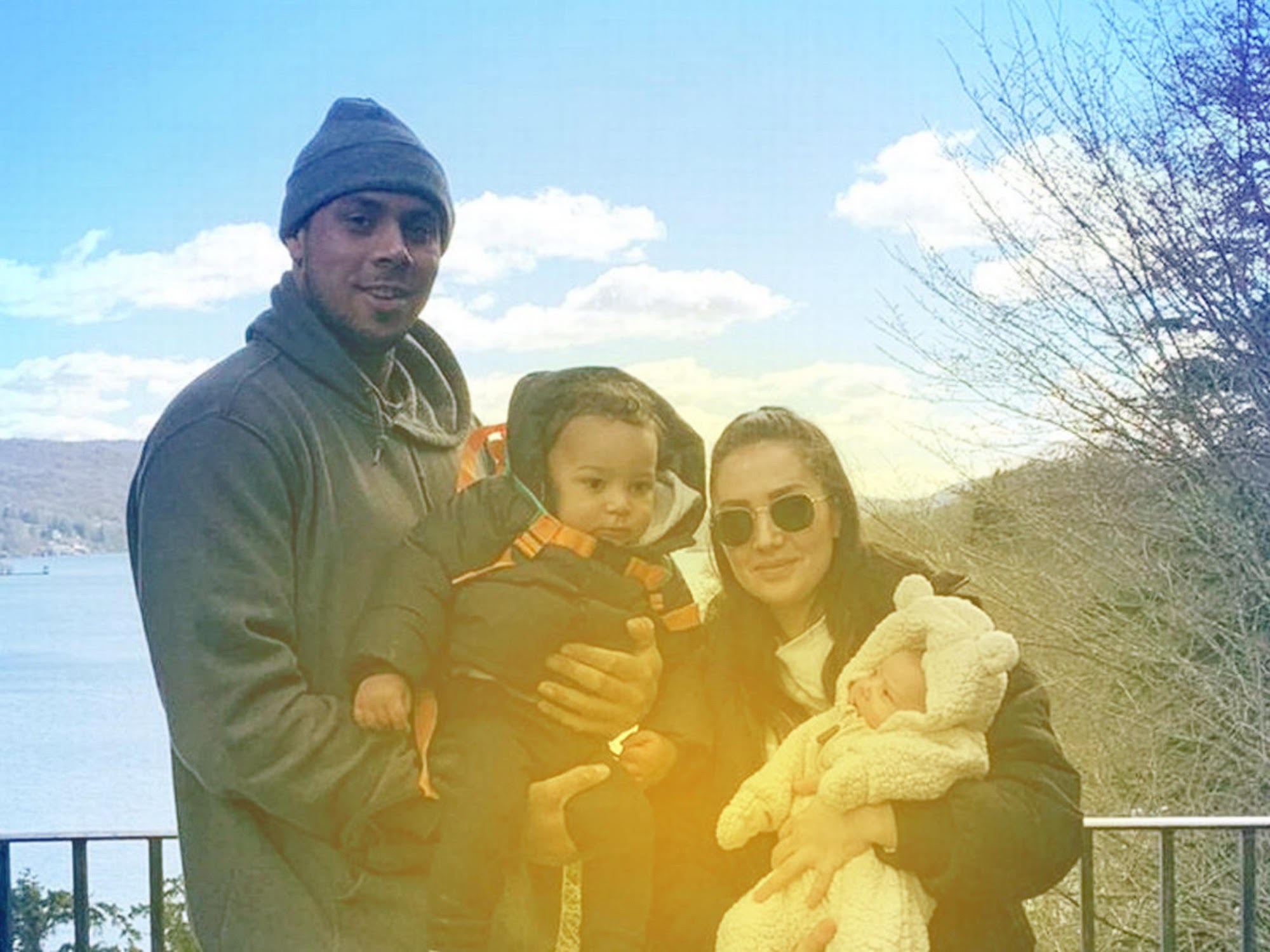 A mom has told how she delivered her newborn daughter in the passenger seat of her car, while her partner cornered a roundabout at about 60mph.

Chiara Musetti, 28, and James Spence, 32, had been rushing to hospital through flooded roads in Windermere when baby Siena started to arrive. Chiara was then forced to pull her leggings down and catch the newborn in her arms.

She said: ‘We were probably going 60mph around a roundabout when she popped out. Our house is 45 minutes from the hospital and the roads are bad and there was a lot of water on them from the flooding.

‘My partner kept having to get out to check the depth of the water to make sure we could get through.

‘We were about 10 minutes from the hospital when my waters broke then I knew the birth was going to happen pretty quickly. About five minutes later her head started coming out.

‘I had to sit up in the chair, take my seat belt off and pull my leggings down. She just fell out and I had to catch her in my arms.

‘She flew out with my waters so it was really, really fast. One second she was inside and the next she was in my arms.’

Chiara, a hotel reception manager, said both she and James had been trying to stay calm throughout the journey, but began screaming, ‘oh my God, oh my God’ when she began to give birth.

She continued: ‘We hadn’t been able to ring the hospital to say we were coming because my phone had fallen behind the seat when my waters broke.

‘When we got to the hospital my partner ran out without any shoes or socks because he’d taken them off to test the floodwaters. He told them what had happened, then the midwives ran out to me.

‘They couldn’t believe I’d given birth in the moving car. They said they hadn’t seen it happen often and the senior midwife who looked after us said she had only seen it once before that.’

Siena, the couple’s second child, was born at 3.30am, weighing exactly 8lbs. Chiara joked to hospital staff she’d ‘done their job for them’, with the pair discharged after 12 hours of observations.

She added: ‘My contractions had started at 1am so it was a very quick labour. After my first baby was born at 38 weeks while we were at a wedding I was warned that this labour could be short too.

‘But I never thought I would give birth in the passenger seat. Siena is doing really well now and is the most chilled out baby which is shocking considering her entrance.’

2 thoughts on “Woman Delivers Own Baby While Driving”