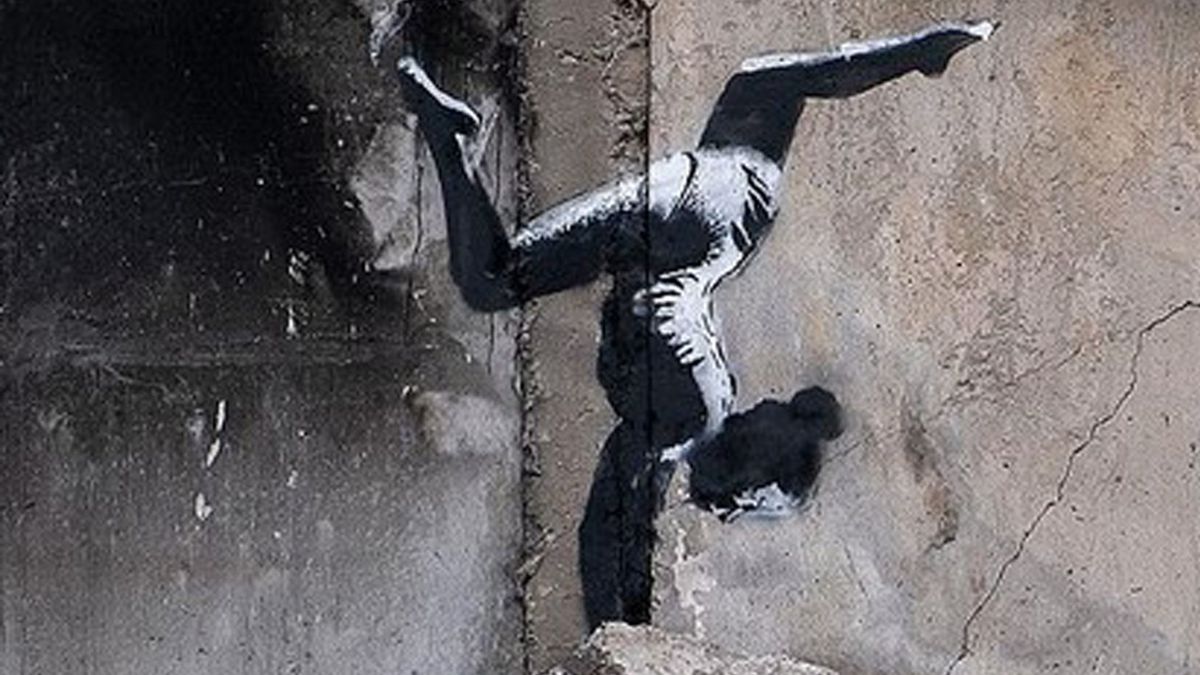 Graffiti artist Banksy has appeared to confirm the responsibility for a piece of artwork that has appeared on the side of a building in war-torn Ukraine.

Speculation has been rife that the anonymous artist has been on a visit to the country after a series of murals appeared in the town of Borodyanka, near capital Kyiv.

One such mural depicts a man resembling Russian Prime Mister Vladimir Putin being flipped by a youngster in a judo contest, whilst a second shows two children using a metal tank trap as a seesaw.

It was a third mural, however, that Banksy appears to have attributed his name to after sharing three images of it to his Instagram account.

The images in question, which are simply captioned ‘Borodyanka, Ukraine’ show a female gymnast balancing on her hands atop a blown-up building.

Borodyanka, which is located to the north west of the Kyiv, was one of the towns hardest hit by Russia ’s bombardment at the beginning of the invasion in February.

It was occupied by Russian forces for several weeks, before being liberated two months later.

Within six hours of sharing the images of the mural to his 11.1 million followers, Banksy had received more than 10,000 responses, many of which were from Ukrainian nationals thanking him for his support.

Another commented: “I can’t believe it! Such a stunning work. Thank you from all our hearts.”

A third wrote: “Thank you for your support and for drawing public attention to the war in Ukraine, we appreciate it.”

And a fourth added: “Thanks for this awesome statement…. It gives hope and hopefully draws attention to the daily cruelty of this war in the right places… and but also to the strength of a nation that cannot be defeated. Thank you.”

SEE HIS ARTWORK BELOW: