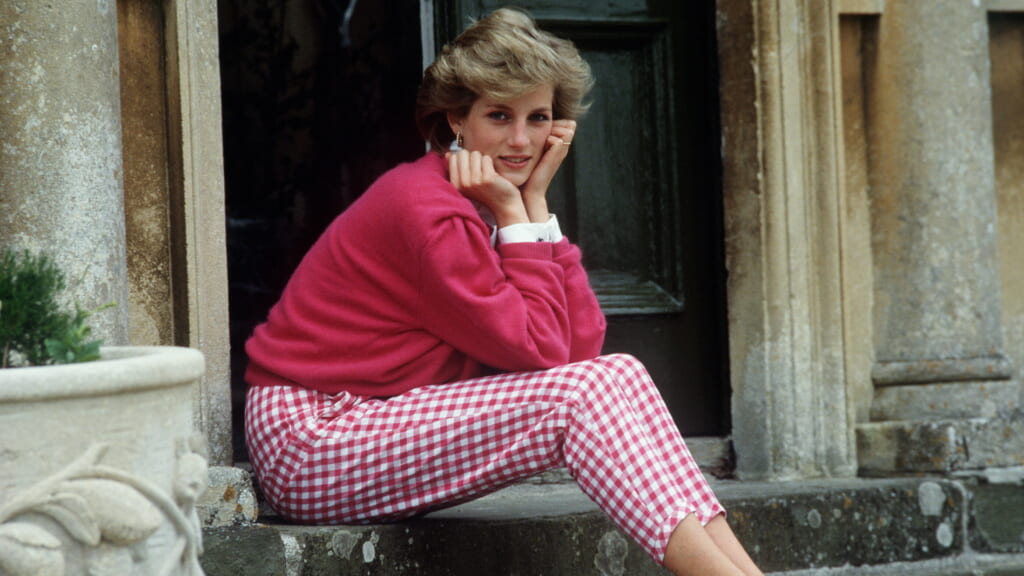 All that glitters is certainly not gold.

When Lady Diana Spencer married Prince Charles in 1981, she was widely described as a lucky lady living a dazzling fairytale any girl would want for herself. After all, who wouldn’t want to become an actual princess, live in an exquisite palace, and frequent the most glamorous affairs of society? As the Princess of Wales, Diana rapidly became an embodiment of a modern, compassionate Great Britain, capturing the country’s soul with her gentle but thoughtful disposition, always showing kindness to those around her regardless of their background.

Much has been said about how quickly the dream shattered, as Charles and Diana’s marriage plummeted into catastrophe within just a few years. As such, living under constant scrutiny, Diana had been guarded about revealing any romances outside of Charles — it took until her death for sources to disclose bits and pieces about those clandestine entanglements.

Among her relationships, post-divorce, heart surgeon Hasnat Khan is identified by her friends and family as the most prominent. it’s high time we look into this mystery man that captured the princess’s heart.

So when the princess found herself legally separated, emotionally demoralized, and a tad bit lonely in the mid-nineties, the last person she thought she’d find a connection with was a Pakistani heart surgeon working at the Royal Brompton Hospital. But that’s exactly what happened. She stumbled across Khan while visiting a friend’s husband and was immediately taken by him. On the other hand, Hasnat himself was initially unconcerned by the princess’s presence.

The friend that Diana had accompanied, Oonagh Toffolo, told The Mirror in 1997, “it is doubtful if in her entire adult life Diana, the Princess of Wales, had ever made less of an impression on someone.”

Over the next couple of weeks, she made numerous visits to the hospital just to catch glimpses of her latest infatuation. By September 1995, they had become good friends and were considering taking the plunge on something more. Recalling their first date, Khan said, “I did not think for one minute that she would say yes, but I asked her if she would like to come with me.” They ended up going to Khan’s relatives’ house to pick up some books – it might seem lackluster as a first date, but it was everything they needed at the time.

Like Prince Charles, Hasnat was a “serious man,” but everything else about him was completely different. He didn’t grow up with riches and had an exceedingly demanding schedule, working up to 90 hours some weeks. Nevertheless, Diana was engrossed by his ‘normalcy’ and had no qualms about throwing herself into the beauty of his ordinary. “Her friends tell stories about how she puttered around his small one-bedroom apartment and tidied up, doing the dishes and folding his laundry,” writer Sarah Ellison said in a 2013 Vanity Fair profile chronicling Diana and her personal ups and downs.

They managed to keep their relationship largely under wraps, spending most of their time in Diana’s Kensington Palace apartment, with occasional jaunts in Hasnat’s Chelsea neighborhood. But, by November 1995, the media had caught wind of their dalliance and started to dig into Khan’s background. His exes, his peers, his medical school professors, no one was immune from the press’s rapacious microscope. “It was an early warning sign for Hasnat, who came to see the press as a major stumbling block,” wrote Ellison.

Still, this didn’t necessarily deter Diana; she kept investing her time and energy in Hasnat regardless of how the tabloids spun the matter. When asked by a friend what she saw him, Diana responded, “Oh, I love him. He is so dedicated to his work.”

Their bond became quite serious over the next few years, to the extent that Diana was considering marrying Hasnat once her divorce from Charles was finalized, and even welcoming their own child if everything worked out in their favor. However, Hasnat had always been skeptical about going the distance with Diana, as public attention was unrelenting, and he didn’t want to have to watch his back all the time. Nevertheless, Diana had fallen “madly in love,” as reported by Jemina Khan, a family friend of Diana who had married Imran Khan, a Pakistani cricket player and a relative of Hasnat. According to Jemima, Diana was almost picking her brain on what it’d be like to get betrothed to a Pakistani gentleman and whether it’d be possible to move to Pakistan down the line. Diana even visited the country in February 1996, ostentatiously to visit Imran Khan’s cancer hospital, but according to many insiders, Diana simply wanted to know more about Khan’s family and culture.

Back in London, Diana had confessed to a few friends that she was eager to leave Charles behind and lay the groundwork for a future with Hasnat. Once the divorce was granted, she started to “make inroads with Hasnat’s family,” including getting to know Hasnat’s relatives and learning to speak Urdu. Then, in October 1996, a year after they had started dating, the Sunday Minor officially broke the news of their relationship, which Diana vehemently denied at the time for the sake of her sons and Hasnat himself. This apparently “hurt” the doctor, and it “strengthened his gathering conviction that any sort of normal life with Diana would be impossible.”

Skyrocketing into the public consciousness in a matter of weeks, Khan was getting increasingly restless about his involvement with Diana. How could they guarantee a peaceful future if they were to be followed and harassed at every turn?

By spring 1997, it was looking likely that the two were headed to splitsville. Khan had decided that he wouldn’t be able to marry Diana, whereas Diana was getting frustrated with Hasnat’s lack of availability coupled with declining enthusiasm. Furthermore, she was starting to spend more time with the Al Fayed family, who, as most know, became Diana’s primary company in the last few weeks preceding her passing. Diana met Hasnat a few times in July 1995, not knowing that these would be their last encounters. “It was at that second meeting that Diana told me that it was all over between us,” stated Hasnat.

Many believe Hasnat was Diana’s “love of her life.” Diana’s friend Rosa Monckton believes that Diana only pursued a liaison with Dodiy Fayed because she wanted to force Hasnat’s hand. Others think that had Diana not died that fateful night in Paris, she would have rekindled her love with Hasnat.

Since Diana’s death in 1997, Hasnat Khan has had two engagements, one failed marriage, and a handful of other involvements that fizzled. Speaking to the police in 2004, he said, “I think that if Diana were alive today, we would have remained very good friends, whatever she did and whomever she was with.” He also said that she “protected him well,” perhaps because she valued him so much and genuinely envisioned something long-term with him. “Perhaps she protected me because she thought we had a future together,” he said.

What We Can Learn From Their Brief But Meaningful Relationship

Nobody can say for certain how Hasnat and Diana would have fared through the years. They were never given a chance; sometimes, life just gets in the way of possibility. However, the one thing worth nothing about Diana and Hasnat is how dissimilar they were: he was the immigrant doctor who just wanted to get seven hours of sleep every night, and she was one of the most well-known individuals of the 20th century.

Their chance meeting and subsequent relationship is a lesson to everyone on how you should never be fooled by stereotypes. Fairytales are fictional for a reason; as soon as you try to apply them to reality, they crash and burn before your very eyes. However, there is a certain magical quality to real life nonetheless, where if you close your eyes and slow down, you start to find people you never thought you’d meet. You begin to build memories you could have never imagined. So, reject those fantasies and embrace the beauty of reality instead.