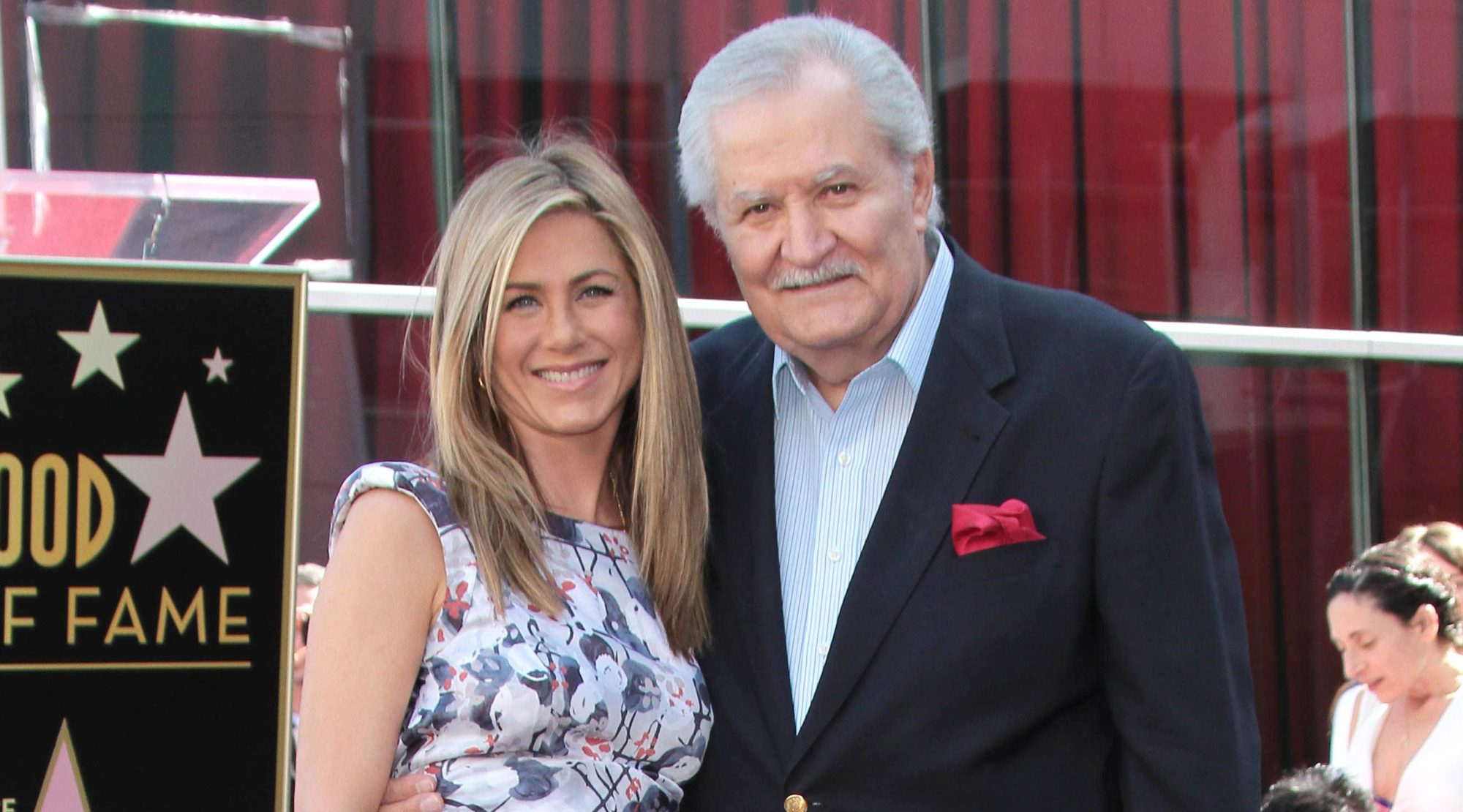 “Sweet papa…⁣ John Anthony Aniston. “You were one of the most beautiful humans I ever knew,” the 53-year-old “Friends” alum wrote in the touching tribute. “I am so grateful that you went soaring into the heavens in peace – and without pain. And on 11/11 no less!”

The Emmy winner added, “You always had perfect timing. That number will forever hold an even greater meaning for me now. I’ll love you till the end of time. Don’t forget to visit 💫🤗❤️.”

As of yet, the thespian’s cause of death hasn’t been revealed. The Post reached out to “The Morning Show” star’s reps for comment and were told her Instagram post will be her only statement.

Born July 24, 1933 in Crete, Greece, John Aniston is perhaps best known for portraying Victor Kiriakis on the hit TV show “Days Of Our Lives.” First appearing on the show in 1965, he would continue for more than three decades up until 2022 — a storied stint that earned him a Lifetime Achievement Emmy earlier this year.

The tragic news comes after John’s daughter faced backlash this summer for declaring that influencer culture has allowed people to achieve fame sans any merit.

“It was right at the time when the internet really shaped a new culture about people becoming famous,” the “Bruce Almighty” actress had explained while discussing the phenomenon during an Actors on Actors interview for Variety.

“This thing of people becoming famous for basically doing nothing. I mean — Paris Hilton, Monica Lewinsky, all those.”

Fans were quick to accuse Aniston of trying to “gatekeep” fame. Some detractors deemed her comments hypocritical given that both her parents, John Aniston and Nancy Dow, are actors, adding that she benefited from nepotism.

Meanwhile, her friends and followers on social media were quick to support Aniston in her time of morning.

Actress comedian Amy Sedaris, 61, perhaps summed it up best with her comment: “Awwwwww so sorry. I’ll light a candle. We love our fathers ❤️❤️❤️.”: