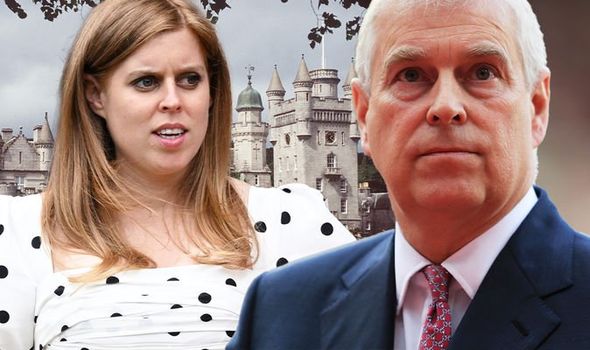 Princess Beatrice told her father he had “hurt” the Royal Family in the wake of his car crash interview, when he was grilled on his friendship with billionaire paedophile Jeffrey Epstein.

The Duke of York sparked headlines across the world when he sat down with the BBC ’s Emily Maitlis in 2019.

In the wake of the interview, his eldest daughter gave him a dressing down, according to Texan businessman John Bryan.

He explained that after the interview the Queen’s youngest son was “very upset” and downcast – but not as upset as Beatrice.

Bryan said in the interview: “He was shouting, ‘I don’t care anymore, I don’t care. I am being treated unfairly.’

“In the four years I dated Sarah, I never once heard him raise his voice or lose his temper. It showed what strain he was under, how much he cared about the damage this was doing to the Royal Family.

“[Beatrice was] hugely distressed and [told her father] ‘You’ve hurt our family’.”

Earlier this year it was reported in the moments after the interview, Andrew – said to be the Queen’s favorite son – was delighted with how it had gone.

Sam McAlister, who for 10 years was the interviews’ producer on the flagship BBC news program, revealed more on the chat with Prince Andrew, over his friendship with convicted pedophile and sex trafficker Jeffrey Epstein.

She said Andrew was so pleased with his performance immediately after the interview, he offered her, Ms Maitlis and the rest of the Newsnight team a tour of the Palace.

In an extract published recalling the moments immediately after the cameras stopped rolling, she wrote: “I couldn’t look at anyone. I could barely believe his people hadn’t stopped the interview. I would have, despite the consequences.

“‘How did you think it went?’ I asked the equerry. She beamed. ‘Wasn’t he wonderful!’ she said.”

Businessman Bryan was part of his own scandal which rocked the Royals in 1992, when he was photographed sucking the toes of Sarah Ferguson months after she separated from Andrew.

In a series of pictures printed by the Mirror, the pair were snapped frolicking by a swimming pool, which also showed the couple kissing and embracing.

In one image, two-year-old Princess Eugenie watched on as Bryan kissed her mother on the lips.

After four years of separation, Sarah Ferguson and Andrew officially announced their decision to divorce in May 1996.

She has retained her title ‘Duchess of York’, but ceased being a Royal Highness.