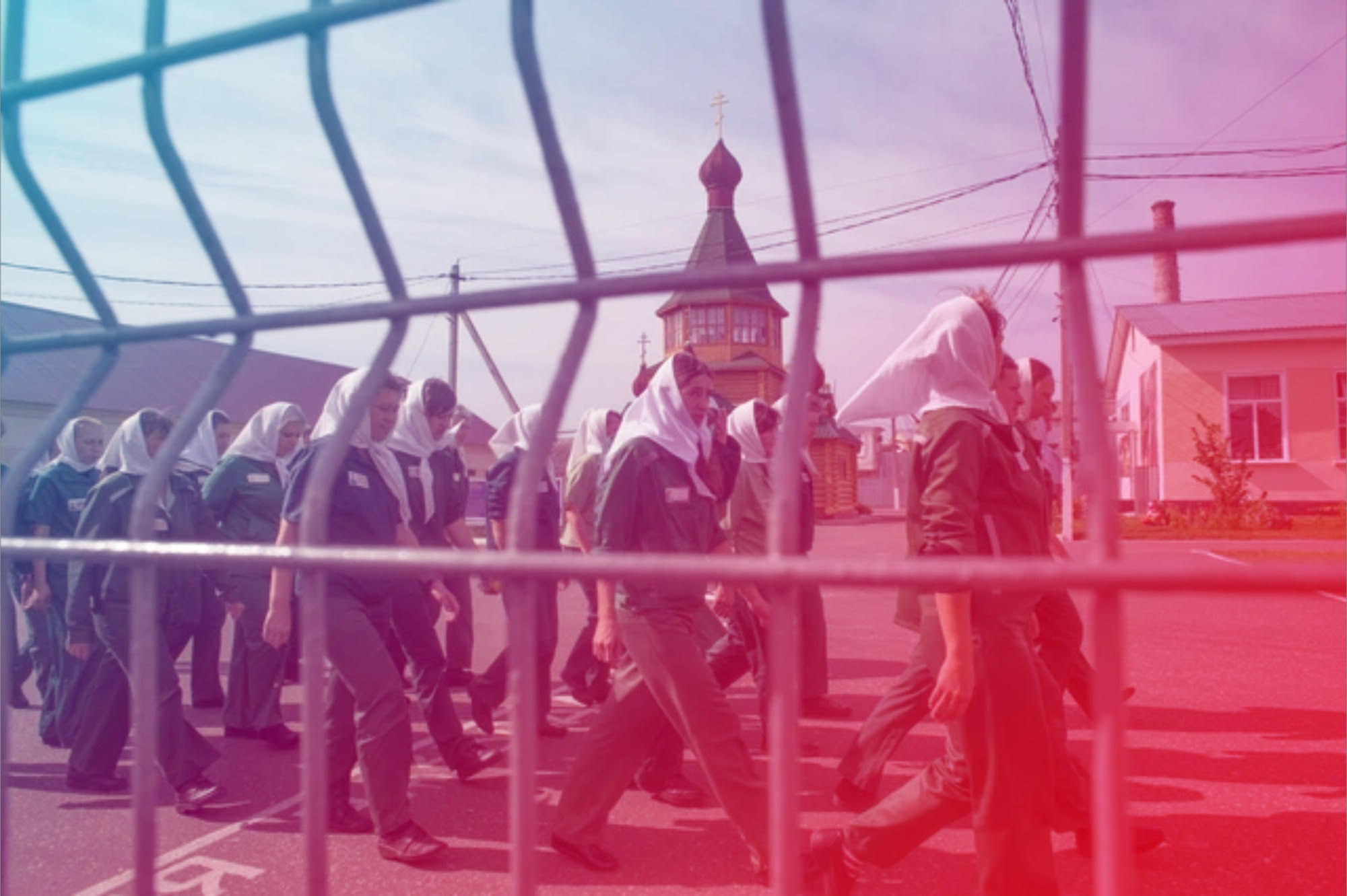 After two weeks of radio silence from Russian officials regarding Brittney Griner’s transfer to an unnamed labor camp, her attorneys confirmed on Thursday that the WNBA player turned Russian political prisoner had been taken to Female Penal Colony IK-2 in Mordovia.

It is here, about 300 miles from where she was first detained on drug possession and smuggling charges, that she will serve the rest of her nine-and-a-half-year sentence—unless the U.S. negotiates a prisoner swap for her release.

An expert on Russian women’s penal colonies told VICE News that while Griner has been sent to one of the nation’s more orderly institutions, her experience in the former gulag will be determined by how she’s perceived by staff and fellow inmates during her first few weeks there.

Griner, a basketball All-Star and Olympic gold medalist, has been in Russian custody since February, after she was caught with less than a gram of cannabis oil in her luggage at Sheremetyevo Airport near Moscow, just two weeks before Russian forces invaded Ukraine. After months in jail awaiting trial, she was sentenced to the near-maximum of 10 years in August, and lost an appeal in October.

The Russian penal system is plagued by human rights violations, as well as hazardous working conditions, poor infrastructure, and a general lack of transparency. The country’s prisons have mostly retained the infamous reputation of their Soviet-era predecessor, the gulag system. These remote, torturous labor camps were used to disappear the political enemies of the Russian government under Vladimir Lenin and Joseph Stalin, and were meant to be dismantled entirely shortly before the fall of the Soviet Union.

VICE News spoke to University of Oxford professor Judith Pallot, who’s spent almost two decades researching women’s penal colonies in Russia. Pallot is one of the few non-Russians who’s been allowed to conduct research inside Russia’s penal colonies for women, including the one to which Griner has been sent.

Female Penal Colony IK-2 is located in Mordovia’s western rural county Zubova Polyana, and is one of at least 15 correctional colonies in what Pallot called a penal fiefdom.

“This region was first formed in 1930 and was one of the first Gulag camps,” Pallot said. “The prison staff there and the prisoners still refer to it by its Gulag name ‘Dubravlag,’ which means ‘Oak Tree labor camp.’ They decided in the 1950s to make some of the most fearsome gulags have these lovely nature names.”

The facility had a longstanding reputation for abhorrent labor practices and physical abuses against its prisoners, though a change in leadership in 2021 allegedly squashed these issues.

Penal colonies are divided into two categories in Russia: red penal colonies and black penal colonies. Black colonies are where prison gangs, through their relationships and negotiations with the staff, have a major influence over how the colony runs, while at red colonies the state is in full control.

According to Pallot, IK-2 is a hyper-red colony, where as many as 30 percent of prisoners work directly with the administration in these facilities to maintain order and ensure the state has full awareness of what occurs there. This kind of control is particularly prevalent in all women’s facilities, Pallot said.

“Because so many of the women have children left at home, and they want to get in with the administration so that they might get early release,” Pallot said. “The administration plays on that. So obviously they put her in a place where they are absolutely confident that things are not going to get out of control.”

IK-2 is also, in only the most basic ways, better than the average penal colony. Washrooms and toilets will likely be in better condition. While dozens of other facilities lack consistent hot running water, that is unlikely to be an issue. Pallot said it will be a far cry from some of the worst conditions recorded by other high-profile prisoners who served time in other colonies, including Pussy Riot frontwoman Nadezhda Tolokonnikova, who was subjected to grossly under equipped “hygiene rooms” and showers that were often useless because of overcrowding and faulty plumbing.

In the first two weeks of her stay, Griner will be in what is called quarantine, essentially the prison equivalent of orientation. Prison leaders will give her a full rundown of the facility’s rules, as well as her rights and obligations as a prisoner. They will also conduct numerous medical checkups including blood tests, tuberculosis, and as well as a psychological evaluation to determine if she’s fit for work.

During this period of adaptation, Griner will also likely be watched closely by both prison staff and prisoners selected by staff to act as informants.

“Quarantine is also a time when, for certain Russian prisoners, the prison administration begins to take a view on whether the prisoner is going to be a ‘regime violator’ as they call it or somebody who is going to behave well,” Pallot said.

These observations will likely determine everything from what detachment, or facility dormitory, she will end up in, to the kind of surveillance she’ll be under for the remainder of her sentence.

“If we think of somebody like [Russian opposition leader and activist Alexei] Navalny, he was automatically subject to constant 24-hour surveillance,” Pallot said. “It is something that she and we will find out over time.”

If Griner isn’t under special watch by the end of quarantine, she will receive the standard conditions of detention. Under these conditions, Griner can earn special privileges, such as the right to receive additional parcels and extended visits, through good behavior.

All of these factors can be shaped by Griner’s celebrity and her status as a foreigner. She is not only an American who’s been in the news for almost a year, she’s also a Black, openly gay woman, a six-foot-nine Olympian. She will likely be viewed as “exotic” by her fellow inmates and prison staff, Pallot said.

“Because Brittney doesn’t speak Russian, she is particularly susceptible to people who will come up and want to make friends with her. The advice I would give would be to be extremely careful about the first few days and making friends with people because they’re most likely to be the informants.”

Once her place in the system is solidified, Griner will be assigned a specific job for the entirety of her stay. The most common labor for women at this facility is at a workshop or factory, where prisoners are forced to make clothing for emergency service workers—as well as soldiers, since the country is at war with Ukraine.

There is also a chance that Griner will be handed the responsibility of painting matryoshka dolls, the popular nesting ornaments synonymous with Russian culture. She could also be made to do farm work, as much of the food used at the facility is produced by the prisoners themselves, or even a more innocuous job like a position in the colony’s kitchen or library.

“Most likely, she’ll end up in the factory. That happens to most foreign prisoners.”

“In theory, if they’re trying to make things nice for her, they could put her in charge of the library, but that’s highly unlikely. Most likely, she’ll end up in the factory. That happens to most foreign prisoners,” Pallot said.

The only thing that can cut Griner’s incarceration short is U.S. intervention. A state department spokesperson told Reuters that while the United States “strongly protest[s]” being in the dark about her transfer, the State Department is now aware of where she’s been placed and is “in frequent contact” with her legal team. A prisoner trade remains her only avenue for freedom and a safe return home. Earlier this year, it was rumored that the U.S. considered trading arms dealer Viktor Bout, who is currently 11 years into a 25-year prison sentence, for both Griner and ex-Marine Paul Whelan. This week, it appeared Russia was still considering a trade involving Bout, which President Joe Biden approved of as early as July this year.

In the meantime, Griner’s attorneys Maria Blaggovolina and Alexander Boykov say they visited here at IK-2 earlier this week and that she is “doing as well as could be expected.”

“Despite the fact she is alone and now nearing her ninth month in detention separated from her loved ones, she is trying to stay strong,” Griner’s agent Lindsay Colas said in a statement via Twitter this week. “At this time, we will not be sharing any further details, but want to express our deepest thanks to the Biden Administration… and to everyone who has reached out to offer words of encouragement to her.”

One thought on “What’s It Like in a Russian Penal Colony?”