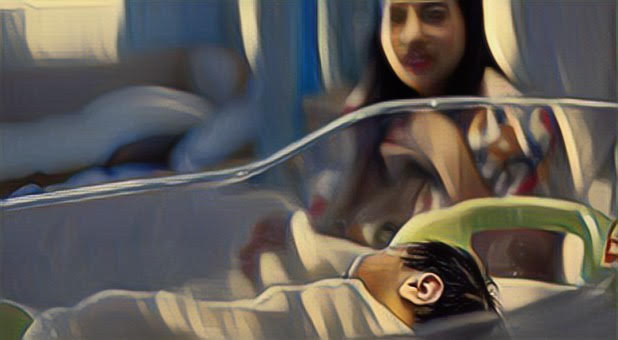 In the past year, there have been a lot of issues with nurses.

A nurse from the United Kingdom is accused of murdering seven babies and attempting to murder 10 others at Countess of Chester Hospital. Personal notes found in her home lead to the question of demonic influence.

Thirty two-year-old Lucy Letby was allegedly on the murder spree from 2015 to 2016. Prosecutors say that she reportedly killed some of the babies by injecting air, insulin or milk in their bodies. The Sun reports that one of the pediatricians working at the hospital at the same time as Letby testified in court, “It’s nothing I’ve seen before or since.”

Although Letby has not plead guilty, authorities say she was the “common denominator” in all of the reported infant deaths.

Sticky notes were found in her home that read, “I AM EVIL I DID THIS.” In his opening statement, prosecutor Nick Johnson read to the court multiple notes found in Letby’s home. The Telegraph reported Johnson read a note from Letby saying, “I don’t deserve to live. I killed them on purpose because I’m not good enough to care for them,” and “I am a horrible evil person.”

There are multiple stories throughout the Bible of demons possessing people and influencing their decisions. In 1 Samuel 19:9-10 it says, “Now an evil spirit from the Lord was upon Saul as he was sitting in his house with his spear in his hand. And David was playing the lyre.”

After Saul was influenced by a demon, he wanted to pin David to the wall with a spear.

In 2 Corinthians Paul warned the church of the enemy’s schemes to draw them away from the simplicity of the gospel as he deceived Eve in the Garden of Eden. In chapter 11 verse 14 it says, “And no wonder! For even Satan disguises himself as an angel of light.”

Anyone who has murderous intent in their heart and acts it out, especially against innocent babies is being influenced by Satan.

Netflix just released a new show called “The Good Nurse.” The show is based off true events and feels eerily similar to the acts reportedly committed by Letby. The show follows the true-crime book “The Good Nurse: A True Story of Medicine, Madness and Murder” by Charles Graeber.

His book documents the life of Charles Cullen, a serial killer nurse who allegedly killed close to 400 people.

As the world continues to become more fascinated with true-crime and the mind of serial killers it’s important to set your affection on things above, not on things on earth. For Christians it is clear why serial killers do the things they do. As we near closer to the return of Jesus, the world will continue to grow darker as the enemy becomes more apparent in his schemes.

Pray for Letby, that God would set her free and pour His love over her. Pray for the families that lost their babies that the Holy Spirit would comfort their hearts. The Bible says that Jesus is near to the broken hearted, and that is a promise we can rest in every day.