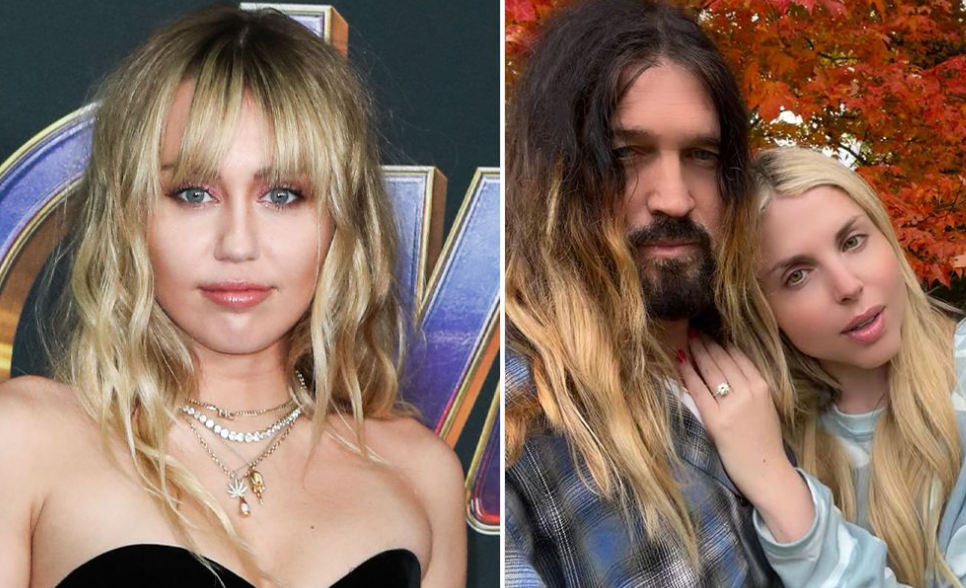 Miley Cyrus has been fuming about her dad Billy Ray getting secretly engaged to his 34-year-old Aussie singer lover Firerose and has yet to call to congratulate him, RadarOnline.com has learned.

As RadarOnline.com first reported, Miley, 29, and her dad have been estranged ever since her mom Tish filed for divorce earlier this year. An insider revealed the pop star was not impressed after finding out Billy Ray was in a relationship with someone young enough to be her sister.

Billy Ray recently proposed to Firerose weeks after she moved into his Tennessee pad. The cradle-robing romance has grossed out the Wrecking Ball singer.

“Miley was already shocked and appalled that Billy Ray and Firerose were hooking up, so now that he’s stuck a ring on this gal’s finger, it’s a step beyond and a real kick in the teeth,” dished an insider.

“Miley’s very protective of her mom, and the consensus is that their dad’s being a jack— and throwing his life and money away on this girl.”

Billy Ray got close to the blonde singer-songwriter when they worked on their 2021 single New Day, but it wasn’t until September that their engagement went public.

“Tish filed for divorce before and taken him back and everyone kind of thought that would happen this time too,” spilled an insider. “But now that Billy’s proposed to Firerose that’s never going to happen.”

And Miley, who’s currently on tour with musician Maxx Morando, 23, won’t talk to her dad. She’s now wondering if he’s just incapable of growing up and she’s made the hard choice to distance herself from him,” said the source.”

As RadarOnline.com previously reported, sources close to the situation said, “Miley has simply had enough of her dad. Things were already tense between Miley and Billy Ray, but they had a blowup this summer. There hasn’t been a word between them since.”

“Miley told him she always felt like he was trying to cash in on her fame, dating back to when she played Hannah Montana on TV. She believes Tish is the one who looked out for her. “It’s a huge rift that may never heal!”