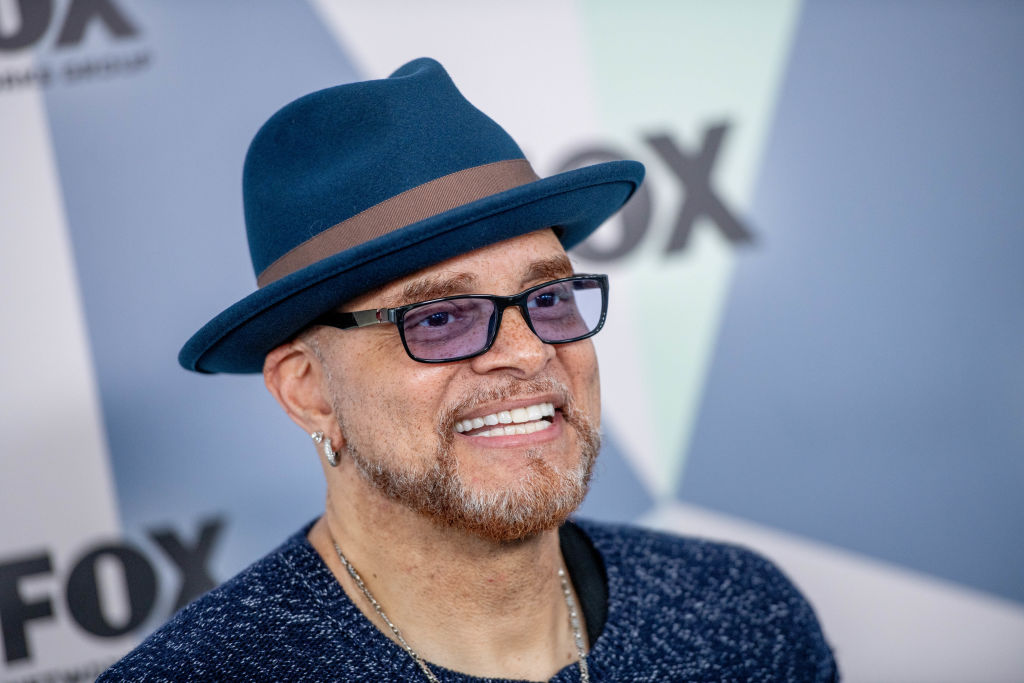 Sinbad’s family proved an update on his health, two years after he suffered a stroke as a result of a blood clot traveling from his heart to brain in 2020.

‘Sinbad appreciates all the love and support you have shown him over the last two years,’ the comedian’s relatives captioned an Instagram image of him using a walker.

They continued: ‘Many of you have asked for updates and if there is anything Sinbad needs or what you can do to help. As a result, the family has created a site where you can keep up to date with his progress and also provide an avenue for those who wish to give.’

Sinbad’s website details his recovery since suffering an ischemic stroke as a result of a blood clot that traveled from his heart to his brain.

After surgery, Sinbad was talking and moving with some weakness, but the prognosis was very promising. The next day, however, another blood clot formed, half the size of the first,’ his family revealed.

‘He underwent the same surgery again successfully but it took a little more from him than the first surgery,’ his loved ones explained. ‘He was transferred to Cedar Sinai Medical Center in Los Angeles where the doctors indicated that his brain had begun to swell.’

His doctors then performed a ‘craniotomy to relieve the pressure and reduce the swelling.’

Unfortunately during the procedure, his surgeon discovered a bleed and he was put in a medically induced coma and placed on a ventilator.

Weeks passed before he was able to open his eyes or speak, and several months later Sinbad was weaned off the ventilator and cleared to start intense therapy.

Sinbad has since beat the survival odds, which were approximately 30%.

The star is best known for his career as a stand-up comedian as well as an actor in the movies Jingle All The Way with Arnold Schwarzenegger in 1996 and Good Burger with Kenan Thompson in 1997.

Sinbad, who shares two children with his wife Meredith Adkins, was also on the TV shows A Different World and The Sinbad Show.

‘Sinbad is a light source of love and joy for many generations,’ the statement continued.

‘While he is beginning his road to recovery, we are faithful and optimistic that he will bring laughter into our hearts soon,’ it was also shared.

‘Our family thanks you in advance for your love and support and ask for continued prayers for his healing,’ they concluded.