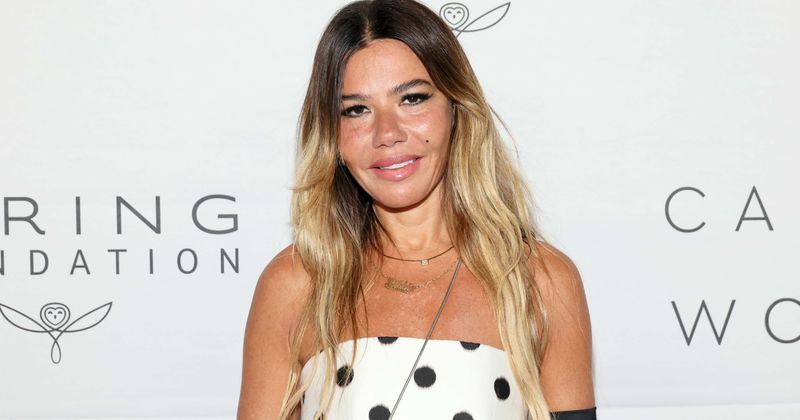 The ex-wife of billionaire art collector, David Mugrabi was detained on Tuesday, November 22, for reportedly assaulting her former housekeeper. Libbie Mugrabi, 43, a wealthy New York socialite is charged with smashing her former employee’s cellphone and threatening her during the summer with a knife and mop handle, according to the authorities.

The fight began on July 31 when the maid complained about being owed money for the work she did, which resulted in Mugrabi “forcefully and unlawfully” removing the worker, as per a statement from Southampton Town Police. The affluent New Yorker, who had previously compared herself to Princess Diana was arrested at her Sag Harbor home and charged with menacing, criminal mischief, and criminal possession of a firearm, according to police.

According to sources, the socialite was, however, released without bail following her arraignment in Southampton Town Justice Court. Mugrabi’s lawyer defended her client, calling her a “pillar of our community” in the “ritzy” Hamptons.

“Libbie Mugrabi is a pillar of our community and a law-abiding citizen,” Marianne Bertuna, of Aidala Bertuna & Kamins, said in a statement. “The evidence will show that she is innocent of all these charges. We look forward to this matter being swiftly dismissed in its entirety.” Mugrabi’s friends said she denied the allegations, with one Hamptons mate snarling, “Libbie is innocent of the claims she is accused of.”

Libbie was previously accused of paying late rent for her fancy Yorkville condo over $500,000 in back rent, according to page six. In a Manhattan Supreme Court case filed on April 5, 2021, the building’s owner, known as the Park Mansion, claimed that Mugrabi has been residing in the apartment despite her contract expiring in November and has not paid her $28,800 monthly rent since April 2020.

Mugrabi, who was born and raised in Deal, New Jersey, is the daughter of a plastic surgeon and a nurse. After completing culinary school, she met David, the son of a wealthy businessman recognized for his extensive collection of fine art. The couple wed without a prenuptial agreement and divorced in 2020, which was dubbed the “nastiest divorce” in New York City. The couple, who have a son and a girl together, fought over ownership of the Mugrabi art collection as well as a $72 million townhouse and a nine-bedroom estate, the NY Post reported. They eventually struck an unspecified settlement when Mugrabi sought $100 million in the divorce, but her ex sued her, saying she failed to deliver several pieces of art, a Ferrari, and a Porsche.